The randomized controlled trials comparing ICG-use with controls were selected. The incidence of anastomotic leakage (AL), lymph node detection, operation duration, intraoperative bleeding, postoperative morbidity, and hospitalization time were evaluated in summary analysis, and calculated the corresponding 95% confidence intervals (CI). Subsequently, in addition to subgroup analyses, studies for heterogeneity, sensitivity, and publication bias were carried out. Consequently, 3453 patients in the enrolled 15 studies were included; 1616 patients were allocated to the experimental group, and 1837 patients were assigned to the control group.

The results of the subgroup analysis of AL indicated that there may be regional variations in AL (RR: 0.50, 95% CI: 0.37-0.67) but not in postoperative morbidity (RR: 0.79, 95% CI: 0.58-1.08). In conclusion, the application of ICG in laparoscopic colorectal surgery can effectively reduce the AL, lymph node detection, and hospitalization time. However, more multicenter large-sample randomized controlled trials are required to further confirm its advantages. 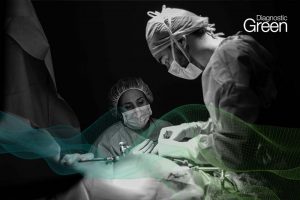 Intraoperative Indocyanine Green Imaging for the Evaluation of Blood Perfusion Area in Cancer of the Splenic Flexure With an Occluded Inferior Mesenteric Artery: A Report of Two Cases